Carrom is a widely-recognized tabletop game throughout the globe, and it has a massive fan following in India. Carrom is played on a square-shaped board generally made of durable plywood. The game shares a close resemblance with the game of pool. However, as opposed to popular cue sports, carrom features discs and a striker instead of balls and a cue. The main objective of players in a classic game of carrom is to pocket all discs of the same color and cover them by pocketing the red-colored disc known as the queen. Per Precise Sports, carrom is widely popular as an indoor board game, primarily because it is portable and compact. The game is immensely popular in India, and numerous tournaments are held in different parts of the country.

Online versions of carrom make it easy for enthusiasts to have an immersive virtual experience of their favorite tabletop game. The game’s popularity is not limited to the orthodox offline version of the game only. Many online platforms and applications are readily available, allowing carrom enthusiasts to indulge in different game modes of carrom virtually. To get started, all an individual must download a top-notch carrom online cash game, register themselves on the app, and start playing. The best part about such online carrom games is that enthusiasts get the option to play virtual carrom games with their friends or family members. Furthermore, they are also provided with the option to play against anonymous players and enhance their skills.

Even though the offline version of the popular indoor game enjoys immense popularity in India, it is not very well-known in other countries. This is one of the main reasons the game is not included or featured as a sport in the Olympics. Besides this, there are numerous reasons why the game is not a part of the Olympic Games. This article will shed light on why carrom is not an official event in the Olympics and whether there are chances of the game becoming a part of the prestigious event anytime soon. Let us dive right into it:

Why is Carrom Not a Part of the Olympic Games:

Besides being vaguely popular in numerous countries, there are multiple reasons why carrom is not regarded or included as an event in the Olympics. One of the main reasons why carrom is not a part of the prestigious Olympic Games is that it does not involve players indulging in much physical activity. Almost all the events or sports features in the Olympics, including diving, fencing, shooting, etc., require athletes or participants to perform some physical activity. For instance, shooters must aim the rifle precisely and press the trigger while maintaining the recoil during a shooting event. Similarly, swimmers jump into the water and race against other participants to win in swimming events. On the other hand, carrom does not involve much physical activity since all a player needs to do hit the striker using their fingers to pocket discs. Hence, since the sport requires more mental activity than physical activity, it is not currently part of the Olympics.

Is There a Possibility of Carrom Being Included as an Event in the Olympics?

Even though carrom is not a part of the Olympics, there is a very high chance of the sport being included in the Asian games or Commonwealth events in the near future. However, one of the primary requirements for making it happen is to ensure that the International Federation recognizes the potential of the sport and acknowledges it.

If this happens, carrom may be included as an Olympic Games event.

Doing so will ensure that players from around the world notice and come forward to participate in the sport; however, if players do not come forward or show interest in the sport even after it is added to the Olympics, the event might get removed increases.

Another crucial factor that may help gain the attention of organizers and the governing body of the Olympics is the positive marketing of the sport. For instance, carrom is always depicted as a game that requires more mental effort than physical effort. However, if the game were to be publicized as a sport that is more focused on the lines of physical force and agility like others, such as pool or snooker, it could positively impact the minds of the masses. Moreover, it could also inspire players from different parts of the world to come forth and participate in official carrom events.

Even though the sport is trendy among the Indian masses, it has not yet gained the recognition it deserves on the international stage, unlike indoor games like chess and billiards. However, India has already started taking steps to lure the masses into attending official carrom competitions so that the sport can officially get admitted to the array of events in prestigious events like the Asian Games, the Commonwealth Games, and most importantly, the Olympics. Once carrom starts being followed and watched like other sports such as cricket and football, chances of the sport becoming a part of the Olympic Games will significantly increase. The AICF (All India Carrom Federation) coach Arun Kedar has been making several moves to ensure that the path ahead for carrom is bright and filled with opportunities.

Take a Spin at Pg slot 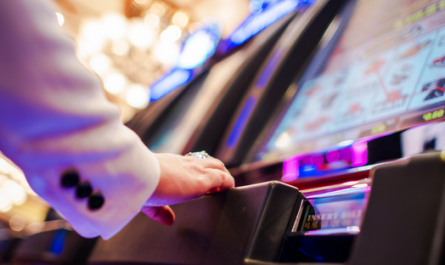 How to Use a Trick to Play Online Slots